When it comes to talking about the ancestors of my pedalcar project,
the best known name is Charles Mochet.
He produced his Velocars in Paris between the late 20s and 40s of the last century. 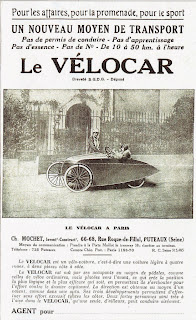 Velocar advertisment from the 30s 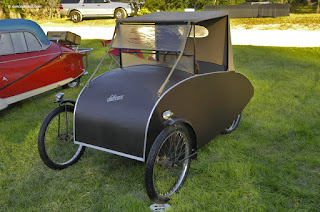 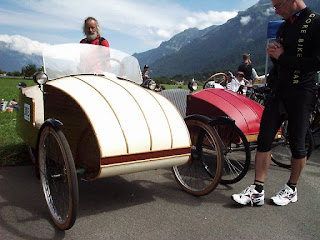 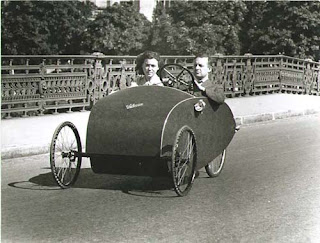 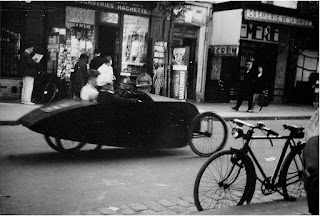 Two ancient photos of Velocars with their happy owners

Another well known name ist the Swedish Fantom.
Although never produced by a manufacturer,
the Fantom became popular as a cheap plan for self builders.
More than 100.000 plans have been sold over the years, but just a handful of Fantom were built by skilled Swedes. 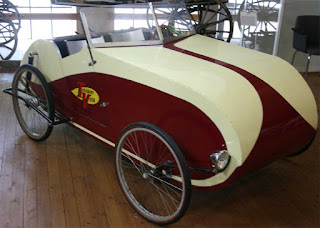 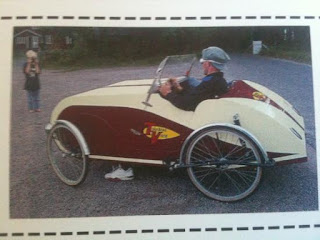 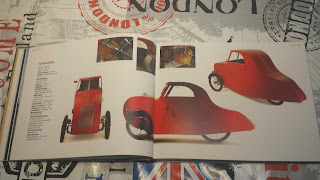 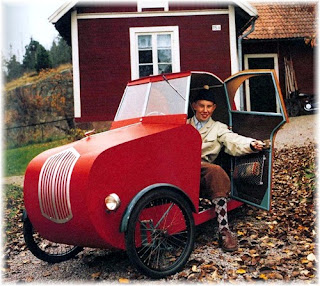 This one seater was build by Claes Johannson, the author of the book Folkhemmets Farkoster, from which the photos were taken.

Ardex was another manufacturer of microcars.
During the German occupation of France in WW2 gasoline engines were forbidden, so Ardex changed the powerplants to electrical and human power. 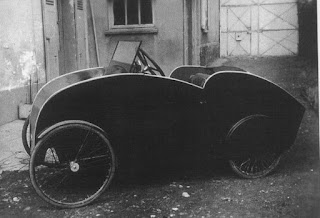 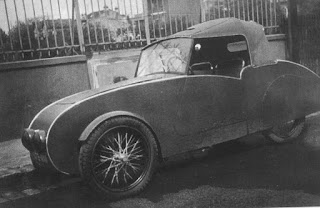 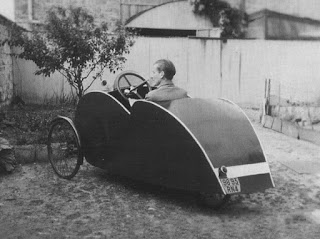 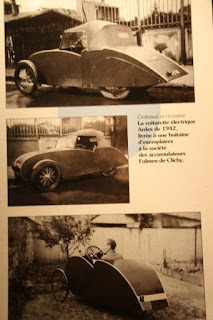 This is my latest find.
Engineer Maurice A. Julien was formerly involved in the development of the famous
Citroen Traction Avant.

His pedalcar design, which he called the "Neocar" is in my taste the most sophistcated and elegant pedalcar of that era.
It featured also the then revolutionary front wheel drive and the whole body was made from aluminium.
It's supposed that just very few examples of this design were built,
so informations about this fancy pedalcar are very rare. 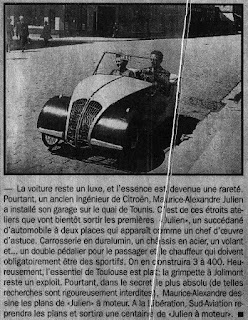 One of my blog posts in 2014 was dedicated to a book written for self builders by Max Williams-Mourlot.
It contains a lot of plans, ranging from trailers and sidecars to small gasoline powered sportscars.
Among them were several plans for pedalcars with one or two seats. 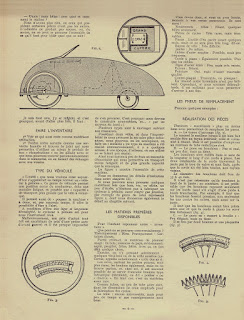 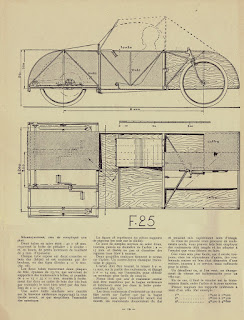 A two seater with FWD: 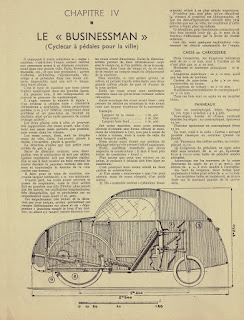 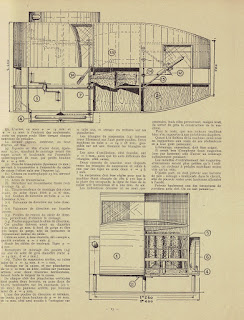 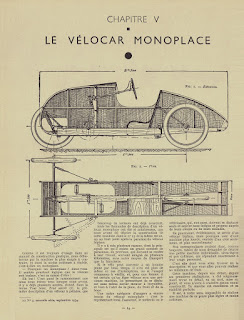 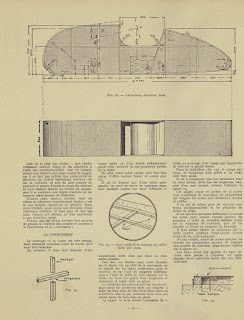 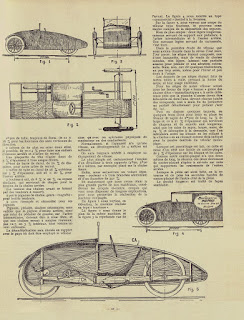 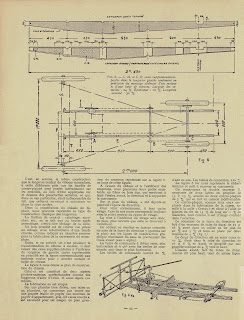 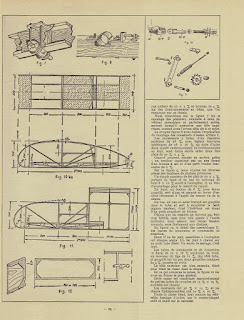 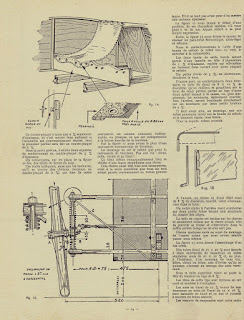 All pages of this book can be found here.
Still, I have no knowledge of vehicles built to this plans.

Maybe somewhere there are still some forgotten old pictures, parts or dusty vehicles in old barns, waiting for their discovery.
Although there's a bare probability, I'm still dreaming about.

If you have informations in any form, I would appreciate to know from you.